On the suggestion of John Bohlinger, I'm taking the Jazz Improvisation course from Coursera. I've taken MOOC courses before, but always tend to peter out before the end, because I never carve time out to do it.

My gig prep time is similarly lazy, in that I maybe listen through the song a few times before practice, play at practice, and go back to the points where my failure to prepare stand out, and learn to nail those parts. Just-in-time rehearsal, so to speak. 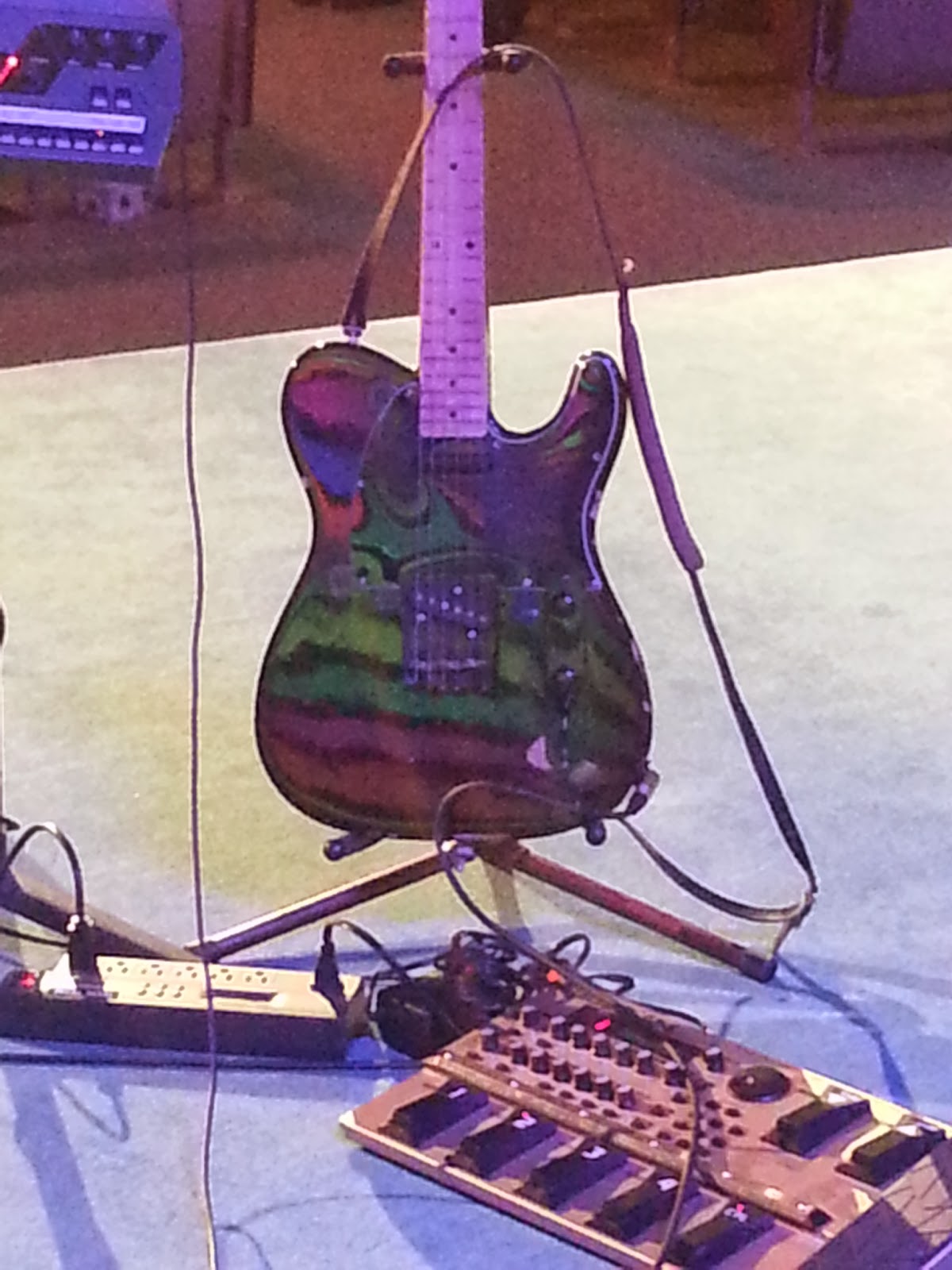 I had the title before I hit record. The big difference between jazz and rock music is that, with rock, if you determine the key to the track is G major, you can play G major all through the song, no matter where. If there's a gear-change modulation, we've moved from G to A, and I can play there for the rest of the song.

With jazz, not so much. Instead, you're given chord changes, and what you play depends on what chord is going on at the time. At least, that's the rule for pre-modal jazz. I'm not sure what the rules are for Kind of Blue through Pangaea/Agharta, but that isn't important for this post. Line is, when John Coltrane passed out the chords for "Giant Steps", they didn't know the tempo was going to be that fast, and pianist Tommy Flanagan fell off.

A rock player can be distinguished in a jazz context by the way he things "I'll play in G" (or, because of horn players, Bb) and not pay attention to the specific chords going through. "Blowing through the changes", I'm told they say.

I was going to try to not do that. I went through the chord sheet and at least tried to sketch out what scales were usable where, to pull a Gmin7b5 into an arpeggio (G-Bb-Db-F) and get some clue as to what to do. Then, I plugged into my recording rig (for the second time in my life), figured out how to tell the Mac to use the USB input and not the mic, how to tell GarageBand I want to hear myself and the track, learned the keyboard shortcuts, and recorded the above.

First, man that's fast. Not faster than I can play, but faster than I can think, and there weren't clear signposts saying "You're on the F minor now". My saving grace is that you can go crazy with chromatic notes with jazz, where most musics I play, that's not so good. "If you play a sour note", the line goes, "play it again, play it like you meant it, and people will think you're playing jazz."

I have been trying to play to other jazz on occasion, especially "All Blues", and I'm finding that the tools I go to for most everything just don't work there. The brightness of the bridge pickup is too harsh, distortion and overdrive give a growl, and there's no reason to growl. Neck pickup into a clean amp is all the music needs, and that's all I gave it, and those lessons carried over into this. I could use more engineering, because the direct-to-board playing gave me a percussive click on picking that was not remotely welcome. So, I knew what to sound like, but jazz tone is not jazz playing.