I played at church Sunday morning, and call time is 7:45am. 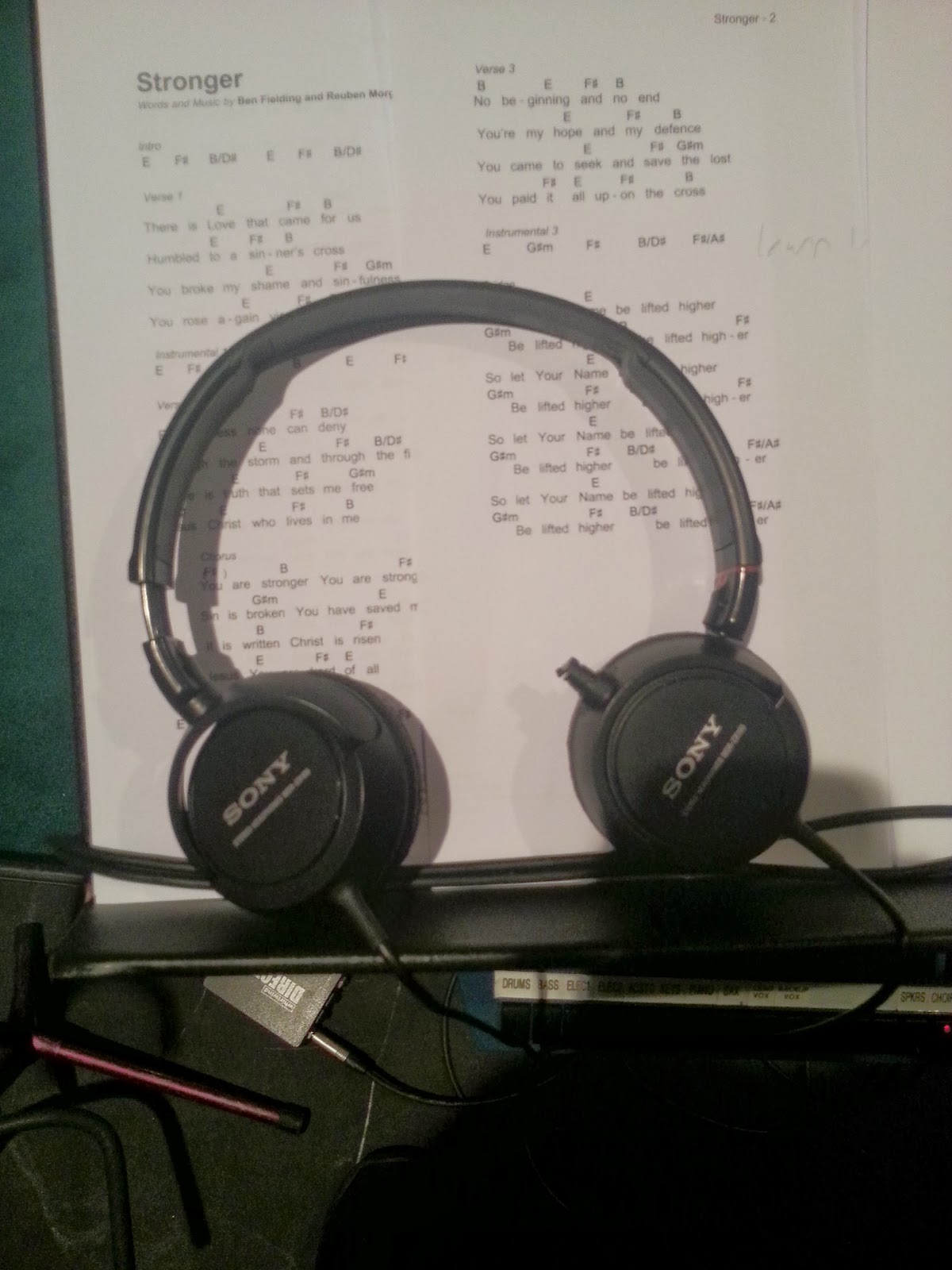 It snowed the night before, so the roads were slick, which meant that I was later than I wanted to be.

We play through Avioms for stage monitors, and they come with a headphone jack. I had a pair of Shures on-loan from the church, and they had been sounding worse and worse, to the point that, on the practice for this week's practice, I finally gave up on them. I brought my work headphones home precisely so I could use them for service. And somewhere between home and church, they broke somehow. I was able to use the worship-leader's pair, as he was using someone else's loaner higher-end Shures, but when I found out, I almost cried.

Because I slept well from 10pm to 2am, then woke up, and because of a headache that could've been illness, could've been caffeine withdrawal, or any humber of other things, I could not sleep for more than a half-hour after that. So, I was coming into this situation tired and with a headache. In fact, between the headache, the sleeplessness and the snow, I was considering calling in sick.

In general, when given a choice between playing a lead part and playing big chords that fill the sound, I'm asked to play big chords, and through the many years of playing, I have come very able to play the rhythm parts to songs I don't know, just by reading the charts. I find it improvisational and fun. But, I found at practice, he wanted me to play the lead parts. Which I did not know.

Practice was Thursday, and so was the funeral of the drummer's family member, and practice without the drummer makes everything suck.

The final two pieces are the first two songs. The first song has an unaccompanied guitar lead-in, and the second song is in a slower tempo, but the worship leader wanted them to segue, so the first song was given a slower tempo to match. I learned the lead-in on Friday, but I learned it at standard tempo, not the slower tempo. And even if I had it down on Thursday, I couldn't have practiced it slowly with the drummer, because the drummer was not there.

So, we never were able to have that intended intro come off as planned. I was too tired to adjust the timing. I was unprepared coming in to play that lead lick that slow. Broken gear and exhaustion pushed me off my game. (I had my walking-around headphones, which, having a third channel for the mic, did not it well in the jack, but it could've worked too. Remember, kids: Two is one, one is none.) There were other leads, and I handled them well, but the beginning is the one I judge that morning by, and by that, I judge that I came in and stunk up the place.

Give me a chord progression and a tempo, I can find something cool to do with it. Give me a strong composed lead and change the tempo from the recorded version and I fall down, it seems. And knowing how you suck is the first step to stop sucking like that.
Posted by Unknown at 10:22 AM No comments: Links to this post